Anthony Ellis spent eight weeks in two regions of east Asia during  July and August of 2018. This post focuses on his three weeks in the second region. Part 1 focused on his experiences in the first region. For security reasons, the regions are not being identified, and any names given for residents are not their real names.

The second segment of Ellis’s trip also teamed him with a missionary whose business hosts summer camps and maintains a website that focuses on interesting places in the region. The missionary hopes that the website’s popularity will increase, enabling him to travel more to gather additional material. As he travels, he ministers to people in the region.

Throughout his eight-week stay, Ellis shared the Gospel with many students. Some had heard the good news before, but others were unaware of salvation through Jesus Christ. “Some were very interested in learning more,” Ellis said, “and some thought it was a good insight into Western culture.” He found that acceptance of Jesus is often a prolonged process, and he noted, “most only received Christ after spending many months attending house churches and studying the Bible there and on their own. Discipleship started long before they ever decided to have faith in Christ.”

Even as Ellis shared the Gospel, he was impressed by the way the people he met shared material blessings. “Paying for the other person’s food was a strong gesture of goodwill that paved the way for a bond of friendship,” he said. “I learned that I can use money, not expecting anything in return, to bless other people and strengthen our relationship.” 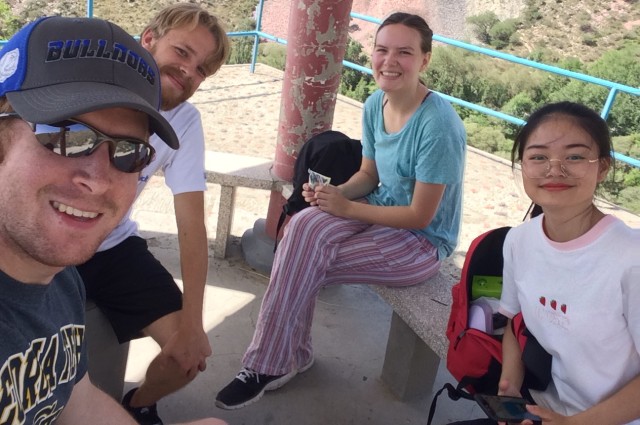 I am a retired journalism teacher and a member of Temple Baptist Church in Ruston, La. This blog is one of several that I created as outlets for my interests.
View all posts by Eddie Blick →
This entry was posted in Uncategorized. Bookmark the permalink.